We had a stellar opening week due to cool weather conditions killing 62 deer….15 shooter bucks and miassing several more…..also saw a couple of 130 class bucks that are still at large……..chasing activity is ramping up……weather looks good for the week as we approach the pre rut…..chasing uaual reaches a fever pitch..

We ‘ve had an amazing season here at Occoneechee with over 100% success.we ‘ve killed 18 birds and had 4 hunters tag out. We’ve taken a lot of 3 and 4 year old birds up to 23 pounds. Im offering a semi guided hunt in Whitaker for those who like to do it themselves at a lower price………walk in cooler….baited stands….get a group together and book a week….3 bedrooms and sleeps 10 I ve hunted turkeys all over the country but nothing compares to the challenge and thrill of hunting eastern gobblers in the low grounds of the Roanoke River.Northampton County was once again the number one turkey and deer county in nc.The Rockfis and Shad are showing up too.Come on down and enjoy some fine southern hospitality […] Spring time is just around the corner.When the dogwood blooms the rockfish come and the turkeys gobble.Our annual rockfish spawn coincides with our spring goobbler season here on the Roanoke River providing world class angling and hunting..We started guiding Cast and Blast trips in the early 90 s.Come on down and enjoy the original Cast […]

I still have a few openings for turkey season…..come and hunt the number one turkey county in nc…..we have plenty of birds 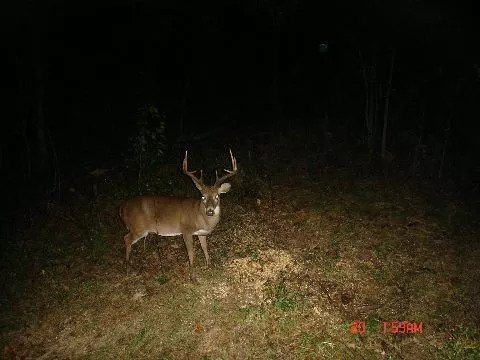 The 2014 hunting season here at occoneechee Lodge was a great year, we had some really nice scores through the season. We are now in the management stages of setting up our 2015 hunting season and we are seeing some nice deer already!

Occoneechee Lodge is Now Booking Hunts for the 2015 Hunting Season. 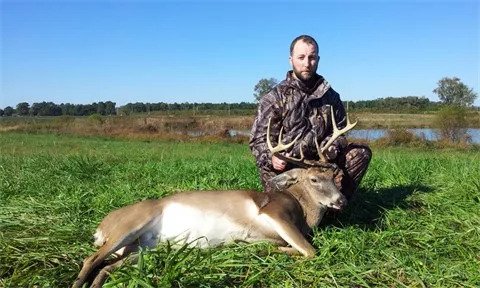 You can book your hunt now for the 2015 Hunting Season. We will have the spring turkey hunts and striper fishing on the Roanoke River as well as the fall deer hunting.